Torrey in the Thranduil crown, photo by Nic Adams

Finished the Thranduil crown last week, what a beauty! It was shipped off to Australia  right away but we did get some sweet shots of it, thanks to Nic Adams. 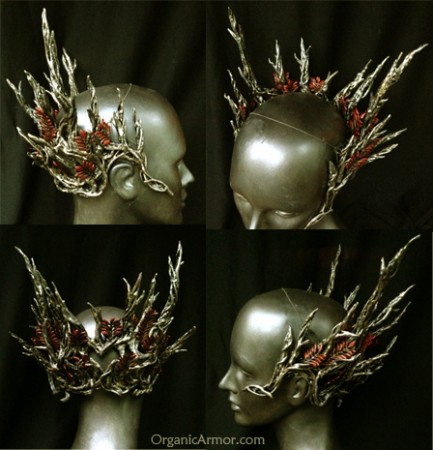 Thrnaduil crown from The Hobbit

The backwards orientation of the crown made it tricky to design. Paul constructed this with memory wire inside the band to help it hold it’s curve, and included several small loops for hair pins and a tie over the top.

Apparently Lee Pace, the handsome actor playing Thranduil in the Hobbit films, had his pinned onto his flowing wig.