The snake entwined steampunk style corset has generated a lot of buzz! It is a commission for a customer’s Halloween costume. Here are some photos of the finished product. These photos were taken by a local photographer we recently met on Model Mayhem, Konstant Karma. Great to work with, you’ll be seeing more from him down the road.

What other Greek and Roman myths would translate well into steampunk? I was thinking of Mercury’s winged feet, Athena’s helmet with owl motifs, Zeus with a thunderbolt chestplate… 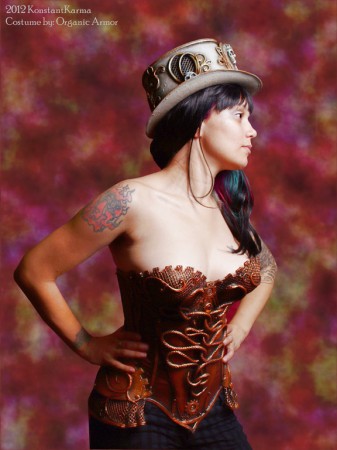 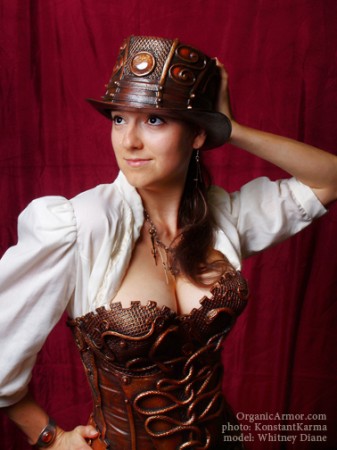 Whitney with a big smile 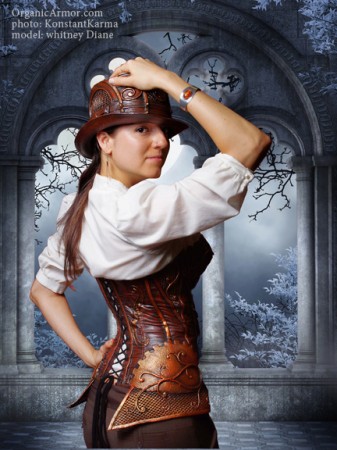 Whitney with a digital goth setting