I’ve been exploring several online communities lately in order to get Organic Armor out in the world more. One site I’m enjoying is Cosplay.com. It’s a massive site with thousands of members. Cosplay, if you don’t know, is short for “costume play”. It’s a “type of performance art in which participants don costumes and accessories to represent a specific character or idea.” (from Wikipedia).

The characters players choose to personify come from manga, anime, comic books, graphic novels, video games, books, TV, movies and anything else you can think of; but it is predominantly related to Japanese fiction and video games. The people that cosplay are some of the most creative and enthusiastic I’ve come across.

We’ve made a few cosplay costumes for customers and would love to do more. The first one was a Midna helmet. Midna is an impish character from the Legend of Zelda video game (good thing we had Connor to clue us into that when we got the first order). We’ve made a couple of Midna helmets now. Here’s Lauren J.’s full costume.

Last winter we had fun working with Mary H. on a Princess Garnet costume. She is an excellent seamstress and creative lady. We made the circlet, pendant and brooches for this Final Fantasy character. 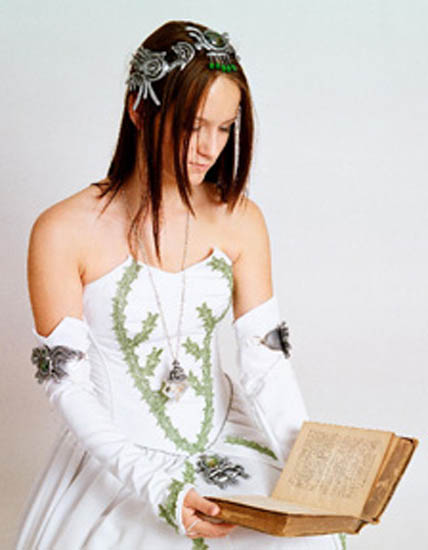 This summer we made a couple of variations on a World of Warcraft Undead Warlock. The second one was for an inspired customer, Cathy W. She had the vision and sewed the costume. We made the bra, belt, headpiece and armbands. She wore it to BlizzCon, a con put on by the makers of World of Warcraft in Los Angeles. Here she is crossing the stage in one of the costume contests. 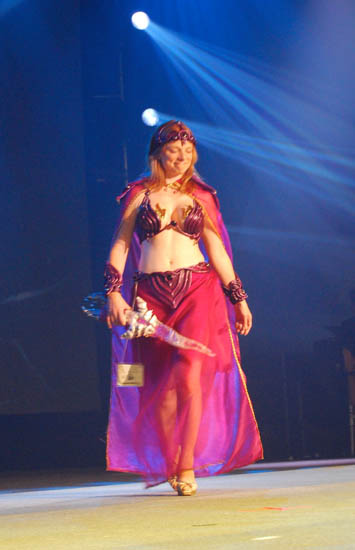 She said so many people wanted to take her picture, she could barely cross the street.

It’s a pleasure working with creative people like these. One of the best things about what we do!

Cosplay.com has loads of costume images to peruse. The photoshoots section is impressive – very skilled costumers and photographers sharing their work. I like the forums where players often help each other figure out how to make their costumes, and share sources for materials.

Check it out and if you join, friend us.