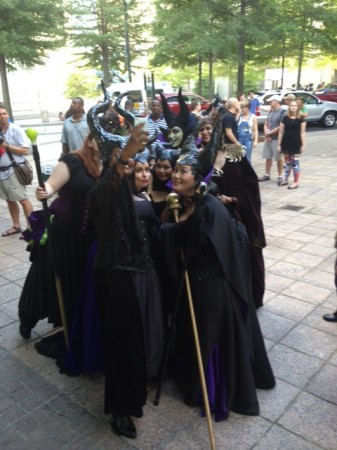 We had a great time at DragonCon, one of the largest cons in the US. Held in downtown Atlanta, it is a multi-genre con and quite a force of nature.

There are 60,000 people, many in costume, wandering between 5 huge hotels, taking pictures of each other, lining up for celebrity autographs, geeking out on obscure topics.  Organic Armor participated in several ways this year.

Paul was part of the Armor panel, along with Mark Zoran of Razorfly Studios and Kamui, a world renowned cosplayer from Germany. The three panelists varied widely in their construction methods so it gave the audience insights into a range of approaches. 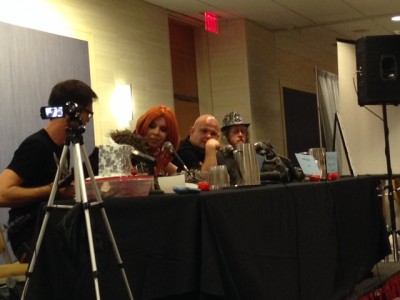 Mark uses ABS foam, a vacuum form machine and other high tech methods. He works primarily in the film industry and is known for his apocalyptic warrior armor.

People lined up for hours to get into the panel. There was a packed house of 200 by the time it started. Because it was the last panel of the day we were able to have an extended Q & A. People were intrigued by latex as a medium. It really got us thinking about making tutorials again. 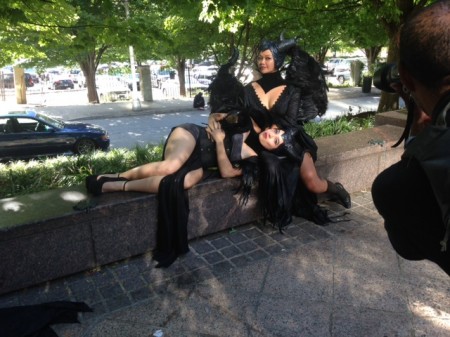 Another fun thing we did at Dragoncon was organize a Maleficent photo shoot. That was a blast! We did it at a small park next to the Hyatt. All weekend we had our minions handing out invitations to every Maleficent they could find. We ended up with 35 of them at the shoot, in every shape, size and style. They were all beautiful. We had 4 wearing Organic Armor headdresses with 3 of those wearing the collars made by DarkSpectre Couture (these are for sale BTW).

I’ll be sharing the photos we get from Tempus Fugit Design and Dim Horizon Studio over the next couple of weeks. Thank you so much to all who came.

We also displayed our Kali costume in the costuming exhibit. Debbie and Kayren of the DC costuming track were such gracious and capable organizers. Thank you both, and Lee too, for giving us a place to show off!

Here are a couple of customers we ran into at the con, looking fab in their armor. 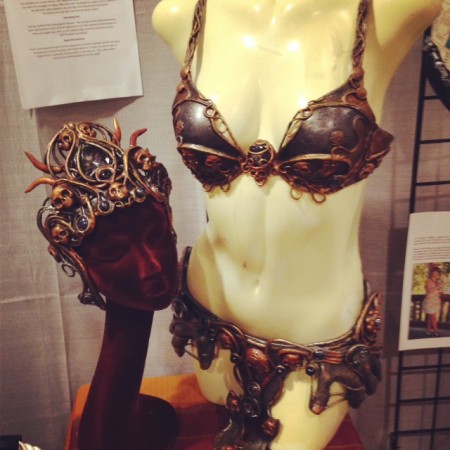 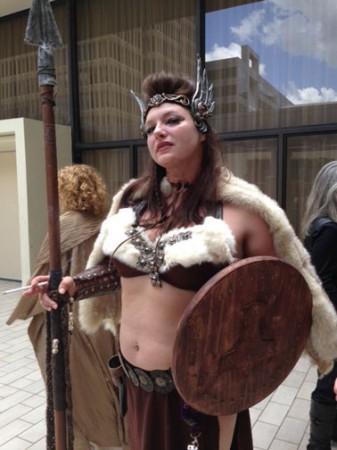 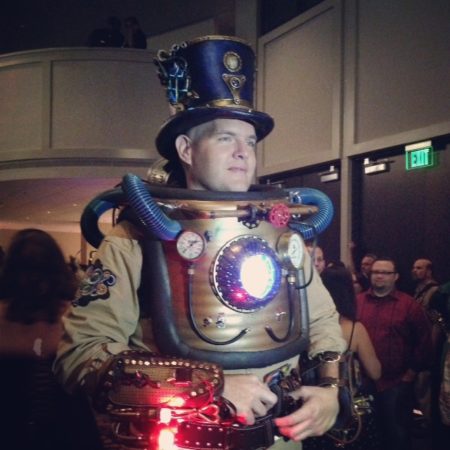