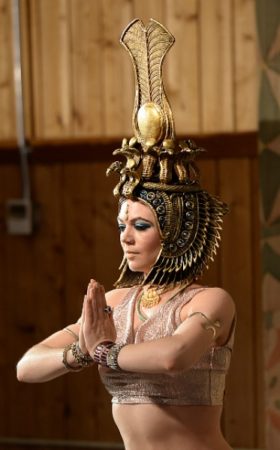 What is Organic Armor?

Organic Armor is a versatile method of constructing costumes and props using a combination of latex rubber, fiber, and acrylic. It was invented by Paul Hersey in the early 2000s. He has continued to refine and develop it, opening the studio and business in 2007. Now semi-retired, he made wearable art for creative clients all over the world for more than a decade.

In 2015 Paul and his wife Jennifer began teaching other artists how to use these methods and materials. An international community of artists is currently engaged in expanding the possibilities of the artform.

See examples of Organic Armor in the galleries.

“We make our pieces look great but they also feel great. You don’t have to suffer for fantastic style!” 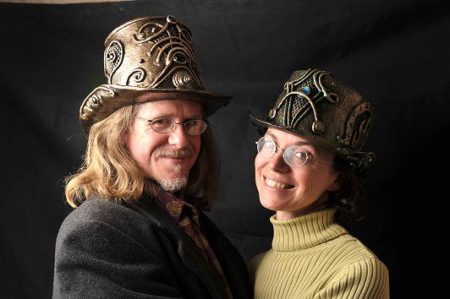 In the mid 2000s the off-shoring of most mainframe jobs put him out of his day job. His wife Jennifer, who comes from an entrepreneurial family, encouraged him to follow his bliss and Organic Armor was born in 2007.

Their work has been seen in films and music videos, including Lindsey Stirling’s Master of Tides, and Giorgio Serafini’s Don’t Let Me Go, in photographs by John Farrar, Bob Armstrong, Winterwolf Studios and Laura Dark, and on models Hannah Mermaid, Meagan Machine and Evie Wolfe. It’s been featured in magazines: Femme Rebelle, CosCulture, Yallah, and Kultur; and favored by world renowned dancers Jaydee Copperfield, Neon of World Dance New York, and Badia of Sacramento.

Paul and Jennifer run the company together. He is the main designer and fabricator, she does all the marketing, admin and weed pulling. They co-teach the courses and workshops. She is also an artist, communitarian and teacher. They live in Asheville, North Carolina, nestled in the Blue Ridge Mountains, with their teenage son, two cats, a dog and six chickens.