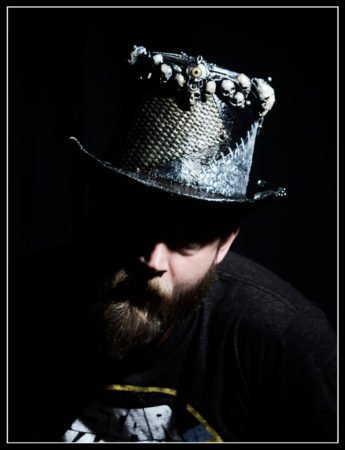 Our pal Rodney Smith of Tempus Fugit Design has regularly collaborated with us on photoshoots, event costuming and other creative endeavors. It’s a working relationship that has enriched our lives for many years. The latest project we did with him was to make a very special costume piece for a play he’s directing called Terry Tempest: the Final Interview. The tag line is “A torrid tale of hats, guns and rock and roll”. And we made The Hat!

Written by Jamieson Ridenhour, directed by Rodney, and produced at the Magnetic Theater, the play tells the story of a revered and reclusive punk musician mounting a comeback while wrestling with his distrust of reporters and his ghosts from the past.

The hat had to have an iconic feel and recall the 80’s punk scene. We had fun going outside our usual look, finding a rougher aesthetic. It has the apearance of being a DIY stitched piece, emphasized by a variety of interesting textures.

The actors were thrilled. The hat takes some abuse as part of the story and had to hold up to a few weeks of rehearsals as well as 3 weeks of shows. Being Organic Armor it did just fine, of course.

The show is a lot of fun and got great reviews. Only one more weekend – don’t miss it if you are in the Asheville area. 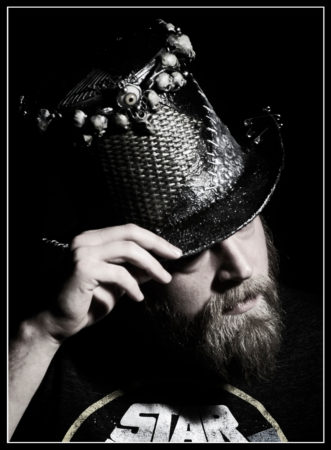