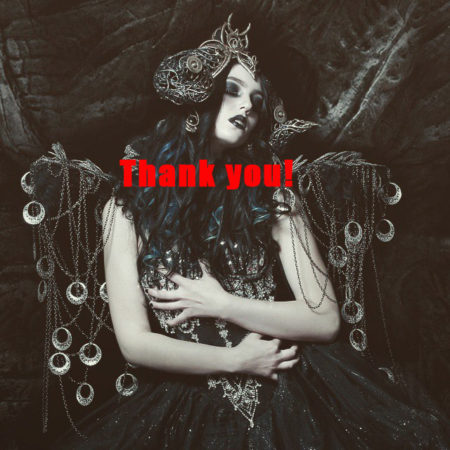 What a fast and intense ride our #giveitback campaign took us on! This situation had been dragging on for more than a year but once the fire of community pressure was applied, sssssst, it only took a few days to get the work back!

We promised to tell the story and here it is in full, at least from our side.

As I explained in the last post, For the Stars was not responding to our requests for the work that we had put on consignment with them in 2013. We were getting nowhere despite many calls, emails, letters and in-person attempts. When we got responses at all, they were vague stories of conflict within the company, illness, being out of the country.

After launching the campaign things moved fast. We posted it about 1:00 pm EST Thursday. It was picking up speed all afternoon and evening. We wondered if they had even noticed though, because they don’t seem very social media savvy.

It was about 11:00 that we knew they had noticed. They responded on twitter, saying “There are 2 sides to every story”. We said we were ready to hear theirs. Then we agreed to take it offline to try and resolve.

Next morning we got a phone call.  We were told by the owner that he had not known where our pieces were until we drew his attention to the photo. He said upon seeing it he realized who had them – someone who was an ex employee or maybe the girlfriend of one. Who it was or how he knew that was not made clear.

The call got a bit heated but it was mostly civil. We said we wanted our stuff handed over to our friend by Monday at 5:00pm. That or full payment via Paypal. Our good friend Michael Perrick has been helping us since last summer with this situation. Michael gave the speech at our wedding and is also known as Crimebo the Clown (yes, our hero is a clown, check out his tours).

The owner agreed. A few hours later he texted, saying he could have the pieces ready by Saturday at 4:00. Wow. Amazing what motivation can do. We set it up and waited.

If you own a small retail company you ought to know where your inventory is at all times. You ought to know what is being used in magazine shoots, or have someone working for you who knows. These photos were shot last September. They were on the cover of an LA magazine. I have a hard time believing he never saw them till last Thursday. But he’s an old school kind of guy so who knows…

What’s true is that they underestimated us. He knew we wanted our work for almost a year and yet never made a visible effort to track it down until Friday. Maybe he figured we’re a small studio, faraway in little Asheville, NC. A couple of mountain folk, what do we know about the big city and high fashion, right?

I suspect there is a culture of taking advantage of designers at this place.

They don’t seem to understand the power of an online community, operating as they do solely in a top-down, celebrity focused manner. But they know more about it now, thanks to the hundreds of supporters that responded to the #giveitback call.

It was a fluke that I even saw the instagram pic on Thursday morning. We had known about the magazine cover since last October. We were angry but we just kept calling and writing them, politely asking for our property back.

The change in tactics came because
1. we felt there was probably nothing to lose, we were never getting it back the ways things were
2. because I was reading Amanda Palmer’s wonderful book “The Art of Asking”, and
3. maybe because of hormones and the full moon

I saw that picture on my feed and it pissed me off so much! It triggered all the stored anger I had at all the crap that artists take at the hands of their distributors. Paul and I talked it over and decided to make it public and ask for help.

It was scary putting it out there. Maybe no one would even notice. Or maybe it would get out of control. Maybe it would reflect badly on us. It was embarrassing too. People would think we should have known better than to work with them. I was already kicking myself around the block for that. I told myself that after living in LA for 20 years, I should have been able to see through the hype.

But we took a deep breath and asked for help anyway. Magically – just the right amount of it came to the rescue.

Michael went to the shop and collected the pieces on Saturday. He counted and double checked that they were all in good shape and then called us on the way home with the good news. The store did the right thing, finally. Wow – and it all happened in just 36 hours!

To quote Amanda Palmer “Those who can ask without shame are viewing themselves in collaboration with—rather than in competition with—the world.”  That’s the world view we choose and apparently many of you do too. In choosing it, we make it more real.