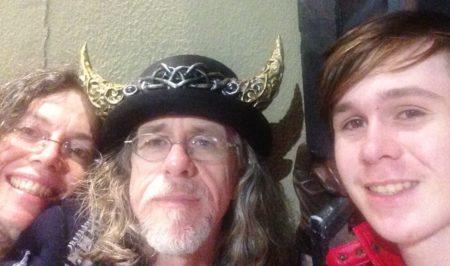 We had the most stressful pre-con prep ever, but also the most fun of any Dragoncon yet. Such a roller coaster but we’re glad we went, once again.

I wonder if it’s possible to show up at Dragoncon without a week of high stress and family discord beforehand? So far results say no. It doesn’t help when your two dearest people are 1) procrastinators 2) perfectionists 3) believers in the idea that all-nighters make up for 1. and 2. 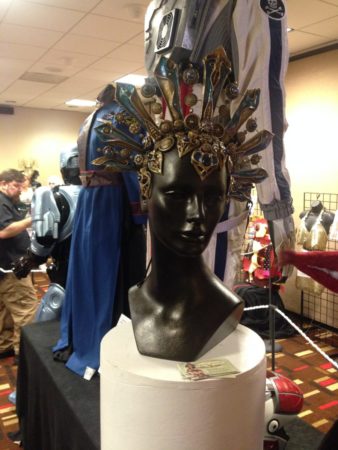 But we made it there by Friday at 11:00 am. Just in time to install our beautiful Queen of the Damned headdress in the Costuming Track exhibit. This year the track moved to the Hilton and got more room. The exhibit had it’s own room and was beautifully curated by local Asheville designer PK Reynolds McKnight. The panel rooms were bigger and the lines outside didn’t have to double back on themselves like at the Marriott.

Our son Connor made an ambitious Overwatch costume of the Lucio character out of EVA foam. It wasn’t finished by the time we had to start driving the 3 hours to the con (because of aformentioned points). He forgot a few crucial crafting items as well, so Friday afternoon we joined the legions of folks scouring downtown Atlanta’s CVS and Walgreens for velcro and hot glue sticks (cleaned out by 5:00 pm). The floor of our hotel room may have gotten a little paint on it and we discovered that E6000 is best used in the shower so it doesn’t stink up the whole room.

I think it would be funny to see a photo series of all the people trying to finish their costumes after arriving at the con. Some people even bring sewing machines. I wonder if anyone ever did welding in a hotel room?

We saw lots of old friends including Allegriana and her sweet posse; and Onyx Love with whom we did some people watching at her favorite perch in the Marriott Pulse.

We always stop by the booths of Sam Fleagal (geeked out on Norse mythology and it’s Hindu connections) and Joseph Corsentino (planning a winter photo shoot together) in the art exhibit. We saw fantastic costumes and art all over the place (pics below post). Some new artists we discovered are:
Tom Taggart
Matt Cowdery 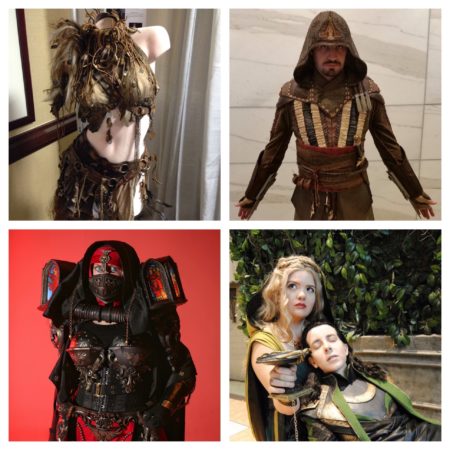 One of the best things that happened was meeting the other designers who were on the Costuming Track panels with us:

We hope to stay in touch with these creative folks and maybe work with them sometime.

Paul enjoyed presenting our work on two costuming panels: Fabric Coatings and Fabric Emebellishments. We decided his new title is “Ambassador of Latex”, letting costumers everywhere know what a versatile material it can be. Stay tuned for more on this concept in October.

Now it’s on to a Cleopatra headdress and a Spider Crab merman belt! After we clean up the chaos left behind from our hasty, stressed-out exit. 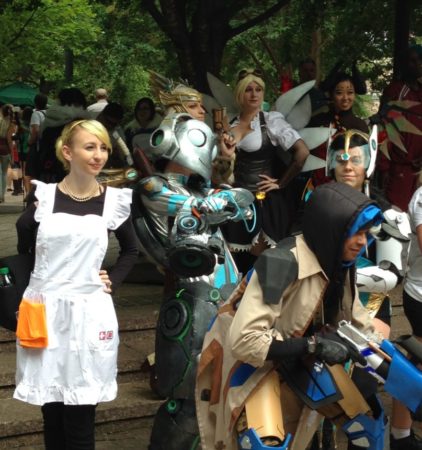 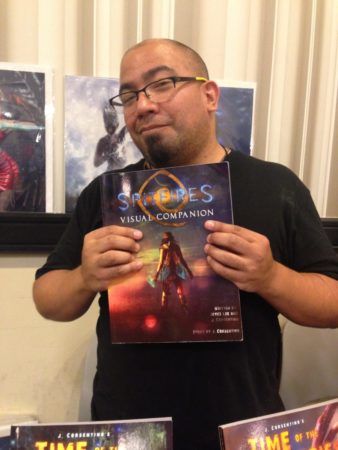 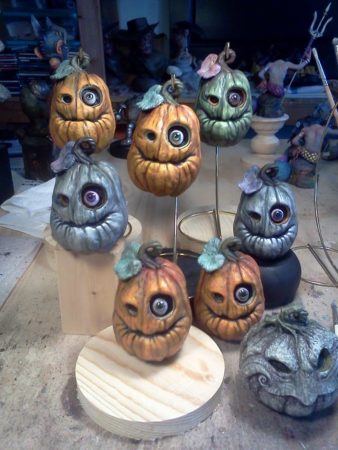