Jakob Grimm was born today in 1785, making this his 225th birthday. I loved the Terry Gilliam 2005 film The Brothers Grimm. Filmed in Prague, it stars Matt Damon and Heath Ledger as the brothers Will and Jake Grimm.  The Mirror Queen had a brilliant golden headdress. Would be a great challenge to recreate it.

Guy Dyas was the film’s Production Designer. Here is one of his sketches. 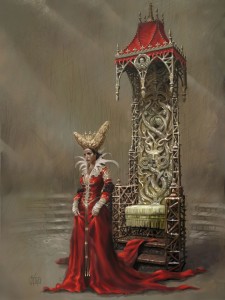 A hat style during the renaissance had a similar shape. There is a weird painting in the National Gallery in London, popularly known as The Ugly Duchess, that shows it. Don’t know what the style is called. 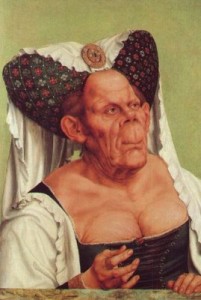