We returned last night from Charlotte, where we spent the weekend at ConCarolinas. Met some talented folks there who welcomed us warmly. It wasn’t a great weekend for sales though. I think our prices were too high for the crowd. But we were greatly appreciated.

Allegra, AKA the Chainmail Chick, modeled the Winter Goddess outfit as well as some steampunk gear. She wandered about attracting fans and handing out cards. 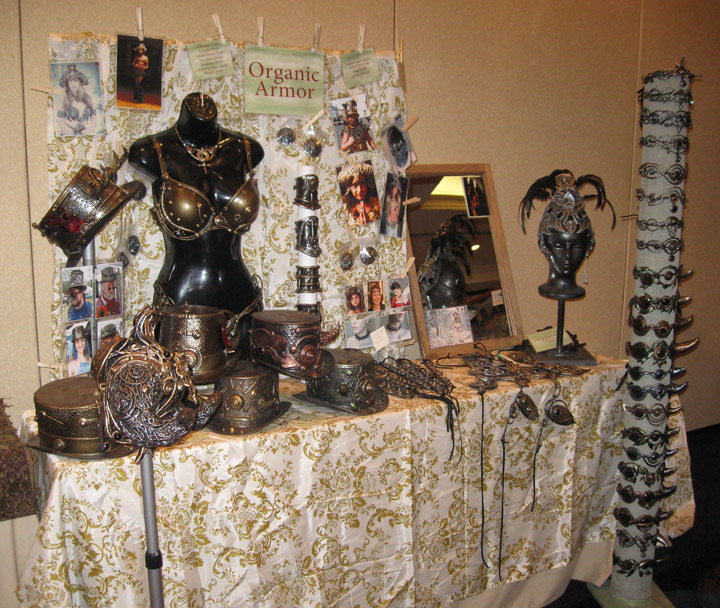 Allegra and Paul entered the costume contest on Saturday night: Paul in his Ringmaster Greenman suit and Allegra in the Winter Goddess. They won 1st place in the Pro category.

Winners of the Costume Contest

We connected IRL with two photographers whom we had previously met online.  Alan Welch and Keith Bailey both do fantasy based photography. Our look is sympatico with theirs, so we planned a collaboration. Sunday afternoon we all met up  at the new Elf FLight photo studio, just south of Charlotte, and did some wonderful work with models Allegra, and Hollie Quinn, as well as two other photographers, Nicole  and Tanner.  There was hair and makeup help from Melissa, Allegra’s sister.

Images from that shoot will be forthcoming. Meanwhile here are some pictures of other venders and guests at the Con that we enjoyed connecting with. 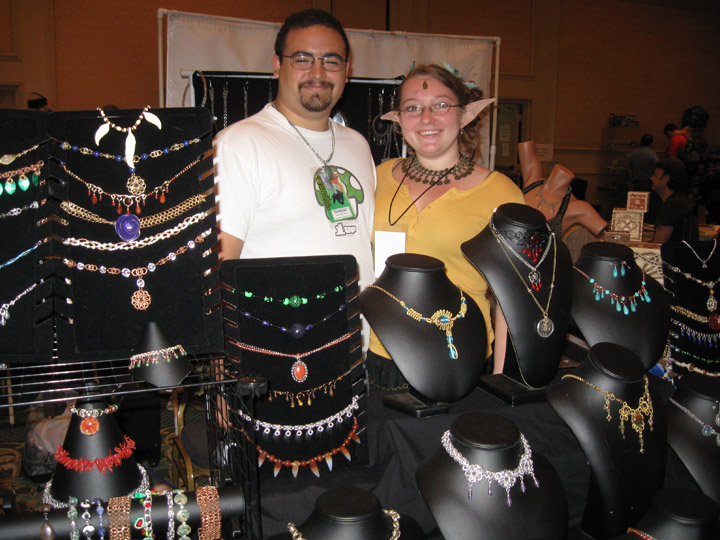 Back to Earth Creations - beautiful jewelry from this darling couple, out of TN. 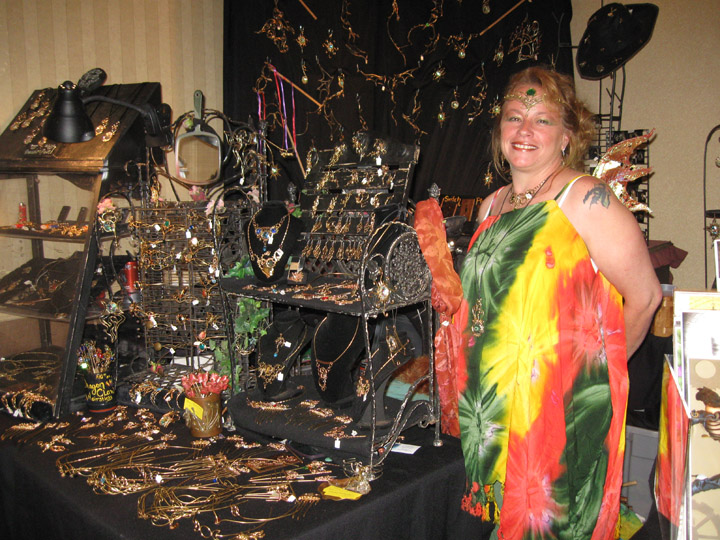 Brenda, the Brazin Lady makes beautiful circlets and other goodies. You can find her at Bonnaroo next weekend, lucky girl. 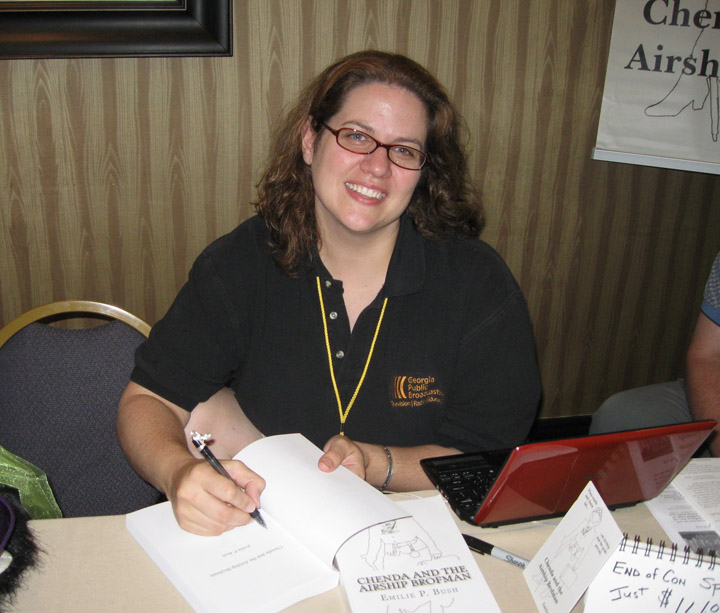 Emilie P. Bush - author of the steampunk novel Chenda and the Airship Brofman. Looking forward to reading this.