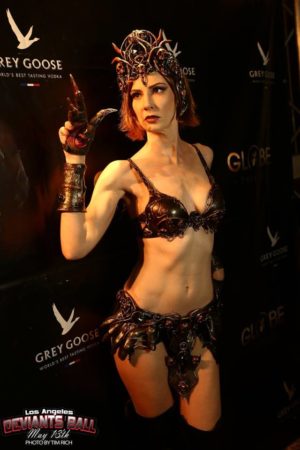 We spent the weekend at our favorite local fest LEAF, carrying around giant puppets and listening to cuban inspired music. On the other side of the continent we simultaneously participated in a very different event, the Deviants Ball, in downtown Los Angeles, hosted by the fabulous Perish, with Love & Lust events.

How did we do that? Thanks to our dear Radhika Hersey who attended in our stead.

The ball was billed as “a playground for those who love to push the boundaries of fashion and sexual expression”. We were excited to have 3 costumes in the fashion show which also featured designs by Antiseptic Fashion, Maddox Leather Design, and Dollskin Designs . We got a lot of pictures, even some from the LA Weekly. Models Michaelangelo Boffi, Angela Marie and Kat Sheridan did a great job. They wore the Kali set, and the Golden God and Goddess set.

There were two separate photo shoots with the costumes later in the weekend, one with flaming swords! We’ll be sharing those pictures soon. 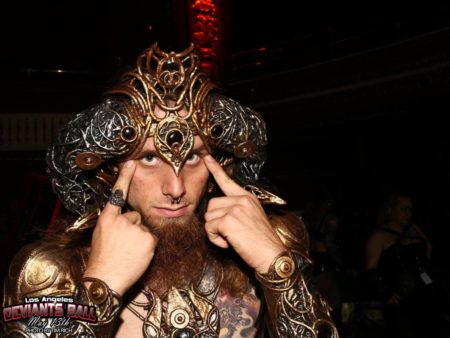 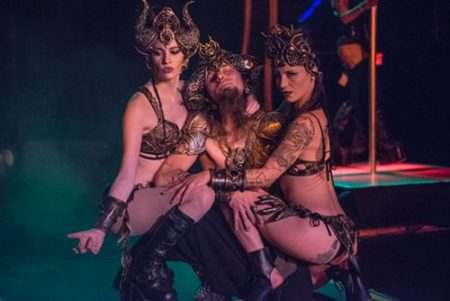