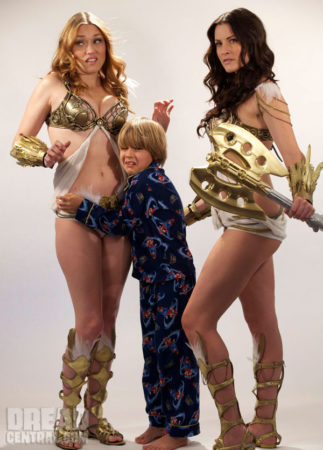 Sexy Nightmare Slayers is a new digital series about two scantily clad angels from heaven who protect children from the monsters under their beds, the demons in their closet, and a variety of other ghoulish things that go bump in the night. And they do it in Organic Armor bras! We made these two custom bras a couple of months ago after meeting the costume designer Autumn Steed online.

Some of the people behind this made the hilarious Geek and Gamer Girls video last year.

See the first episode on March 7 on Comedy Central’s Atom.com.